5 Benefits of a Shirodhara Treatment

A shirodhara treatment’s benefits extend beyond the feelings of relaxation you are likely to have with any bodywork treatment—awaken your intuition, improve your sleep, improve your Vata dosha and more.

Ayurvedic bodywork is an ancient and powerful tool for bringing body, mind, and soul into harmonious balance. While traditional Swedish massage works primarily on the physical level, Ayurvedic bodywork address multiple layers of your being. From exfoliating dead skin cells, moving lymphatic fluids, and erasing muscular tension to balancing doshic elements, dissolving ama (toxic residue in the body and mind), and mitigating the stress response, Ayurvedic treatments have a long history of facilitating physical health, emotional well-being, and soul connection.

Numerous treatments exist under the umbrella of Ayurvedic bodywork. When visiting an Ayurvedic spa or medical facility, treatments are selected based upon your goals, state of health, and prakruti (doshic imbalance). Most often, a series of three to six treatments is recommended to detoxify the body and rejuvenate the mind. However, there are several stand-alone treatments that are powerful enough to offer measurable benefits with a single session. Shirodhara is one such example.

The word shirodhara originates from two Sanskrit words, shiro (head) and dhara (flow). It is a form of treatment in which warm, herbalized Ayurvedic oil is poured onto your forehead. Initially, the oil is streamed in dosha-specific patterns from the right to left temple. After several minutes, the stream is set to the middle of the forehead where it flows continuously for the duration of the treatment. The oil pour lasts approximately 30 minutes and is preceded by a full-body srota or abhyangha massage, both of which include cranial activation and scalp manipulation.

While there is no doubt that the shirodhara treatment is soothing, there are also five distinct shirodhara therapy benefits.

1. Counteracts the Effects of Stress

Given that nearly every modern disease has some link to stress, minimizing its deleterious impact is a valuable tool for generating lifelong heath. The relaxation response directly counteracts stress by reversing its physical equivalents. A single one-hour session of shirodhara treatment may invoke such a powerful relaxation response that the effects of stress can be mitigated for hours, or even days.

As brainwaves have been shown to synchronize with external stimuli, the gentle, repetitive stimulation to the center of the forehead is the likely mechanism by which the shirodhara treatment reduces anxiety. As the warm oil streams onto the center of the forehead, it activates a powerful Ayurvedic energy point known as ajna marma. This same physical point is known in traditional Chinese medicine (TCM) as yin tang and belongs to a category of acupuncture points termed extraordinary points, or those which stand on their own. In both the Ayurvedic and TCM models, activation of the point between the eyebrows is said to relieve anxiety and agitation. Fortunately, in this case, no needles are required! The shirodhara stimulates the powerful energy point in the forehead, thus working to dispel anxiety.

One study involving shirodhara treatments concluded that, “The relaxed alert state, after Shirodhara, was co-related with an increase in alpha rhythm in EEG.” The alpha rhythm is the brain pattern associated with a decrease in anxiety and an increase in serenity. It is no surprise that shirodhara has long been prescribed by Ayurvedic doctors for treating generalized and specific anxiety disorders.

The point between the eyebrows is known in many spiritual traditions as the “third eye.” Buddhists consider the third eye to be the seat of spiritual awakening. Hindus call it the sixth chakra, home of intuition. Taoists think of it as the “heavenly eye.” Regardless of the name by which it is referred to, stimulation of the point between the eyebrows has a long history of association with accessing subtler realms. As the third eye opens, life force—or prana—begins to flow freely. As the prana flows throughout the energy channels, known as srotas, these channels are cleaned and blockages removed. Just as flushing long stagnant water pipes in a home would push out debris, as the energetic pipes are flushed, physical and emotional blockages are removed.

As impalpable as the world of energy healing may seem, it can lead to tangible effects. Some recipients of the shirodhara treatment at the Chopra Center for Wellbeing have recalled events buried deep in their past and seen them from a vantage point previously inaccessible. The mental clarity these guests have experienced has enabled them to move through unresolved traumas, pains, and emotional issues. Other guests have reported greater decisiveness around impending decisions. Still others have experienced increased spiritual awareness and a newfound connection to their higher selves.

Whether from a cup of coffee sipped too late in the day or an upcoming deadline at work, most people have experienced the effects of occasional sleep loss. The exhaustion and lethargy following a single night of unsuccessful sleep can feel debilitating. Yet, when sleep quality is constantly compromised, not only do you feel languid, but physical and emotional health are undermined. For decades, a mainstream solution has been sleep medications, each with their own host of unflattering side effects. However, some patients battling insomnia look to the ancient practices of Ayurvedic medicine.

An international team of researchers from the Netherlands, Germany, and Switzerland investigated the activity in the brains of individuals with insomnia during both waking and sleep states. What they found was that people with the sleep disorder showed less powerful alpha-wave activity and more powerful beta-wave activity at all times. In other words, the brains of individuals with chronic insomnia never relaxed.

The Vata dosha is a combination of the elements air and space. When Vata accumulates in your constitution it can lead to physical restlessness, chaotic thoughts, scattered attention, and forgetfulness. In Ayurvedic circles, the shirodhara treatment is known as one of the most effective means of pacifying excessive Vata. The warmth, weight, and steadiness of the oil pour balance the cool, light, and fluctuating nature of the Vata dosha.

While the shirodhara treatment is a beneficial adjunct to a comprehensive Ayurvedic wellness plan, it is an equally powerful stand-alone treatment. Whether you are looking to address a specific ailment or simply hoping to turn down the volume of the external world for an hour, shirodhara therapy benefits offer a relaxing approach to your wellness goals.

*Editor’s Note: The information in this article is intended for your educational use only; does not necessarily reflect the opinions of the Chopra Center's Mind-Body Medical Group; and is not a substitute for professional medical advice, diagnosis, or treatment. Always seek the advice of your physician or other qualified health providers with any questions you may have regarding a medical condition and before undertaking any diet, supplement, fitness, or other health program. 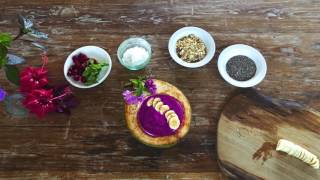